Today Eurostat released a report indicating that only 12% of Europeans over the age of 15 are eating at least 5 portions of fruit and vegetables per day.

This finding is coherent with the conclusions of the Freshfel Europe Consumption Monitor released on 16th December 2021, indicating that average EU fruit and vegetable consumption stands at around 350 gr/capita/day.

Much remains to be done throughout 2022 by the sector to build on the environmental, climate, and health benefits of a plant-based diet to move over the WHO minimum recommendations of 400 gr/capita/day or half of the plate for each meal.

Today , Eurostat announced that according to their estimates 55% of the EU population are eating between 1 to 4 portions and even 33% of the population over the age of 15 are not eating any portion of fruit or vegetables at all.

According to the Eurostat report, only 12% of the population meets the 5 portions targets. The report shows also that women eat more fruit and veg than men, as 15% of women reaches the 5 portions and only 10% of men.

The current EU average calculated by the Freshfel consumption Monitor is 350 gr or about 4 portions on average. Reaching at least the recommended 400 gr per day by adding one piece of fruit or vegetables in the daily diet of European consumers should be the target and would boost EU fresh produce market by 15 Mio T.

Philippe Binard, General Delegate of Freshfel Europe declared: “Despite these low levels, the fresh produce sector has many reasons to be optimisitc considering the assets of fresh fruit and vegetables. The sector needs to unite forces to influence a policy shift resulting from the Farm to Fork strategy aiming at a more plant based diet and from the EU beating cancer plan calling for more prevention where an healthy diet based on fruit and vegetables has an important role to play against cancer but also against non-communicable disease”

Philippe Binard added: The pandemic has also significantly changed the lifestyle of Europeans, in addition to increasing their sympathy towards environmental causes and climate change. So the sector has many positive drivers for 2022”.

Freshfel Consumption Monitor shows huge consumption level differences across the EU member States. Eurostat confirms this analysis among the countries with consumers eating at least 5 portions of fruit or vegetables per day.

The Freshfel Europe Consumption trends workshop of 16th December highlighted that despite these differences, consumers across Europe all care for taste, freshness, vitamins and minerals, added value, convenience and seasonality.

Based on the fresh produce assets, the sector will have to position itself in the food assortment to convince new consumers to buy more fruit and vegetables. Philippe Binard reminded the conclusions of the December workshop: “There is a clear consensus on the benefits to “Act Now”, which was one of the mottos of the International Year of Fruits and Vegetables 2021”. The fruit and vegetable sector should capitalize on the policy and societal momentum to stimulate the consumption of fruit and vegetables with a lot of legitimate ambitions in 2022, for the benefit of the planet, the climate, and the health of the consumers themselves.

Philippe Binard concluded: ”Freshfel Europe will work actively in 2022 towards new opportunities for the sector, resulting not only following a Farm to Fork strategy but also and importantly from a Fork to Farm perspective. The sector should work collectively to listen and meet the diversity of consumers' expectations to supply products according to their preferences, purchasing and eating habits, always caring for high quality, great taste and texture , freshness and convenience”. 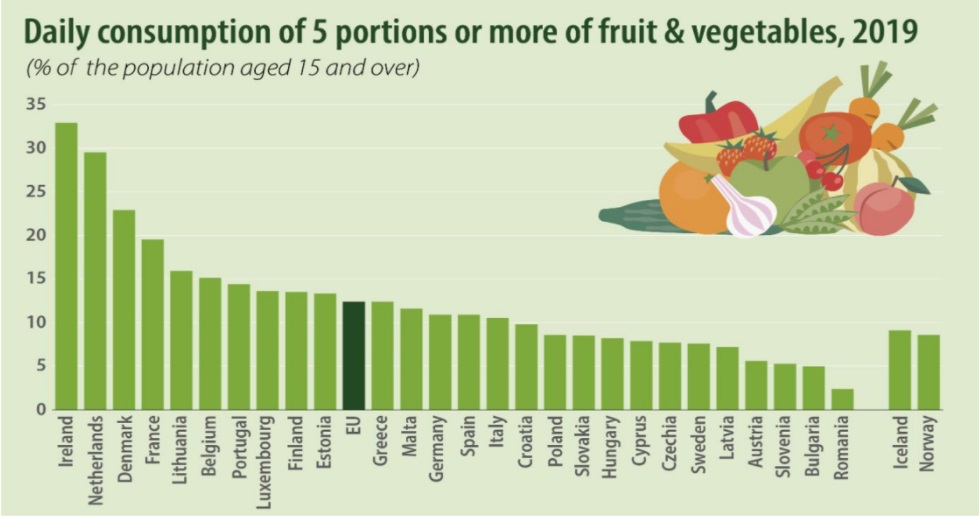