Export of frozen raspberries from Poland in H1 2022.

Source: www.fresh-market.pl based on CSO data

The volume of frozen raspberry exports from Poland in H1 2022 (CN category 08112031 - Uncooked or cooked by steaming or boiling in water, frozen, not containing added sugar or any other sweetener) amounted to 21.7 thousand tonnes and its value to PLN 478.5 million. This represents a year-on-year decrease in volume and a very large increase in value, which was due to the exceptionally high prices of frozen raspberries in the period under review.

A summary of the largest buyers of Polish raspberries in the period in question is shown below in the chart: 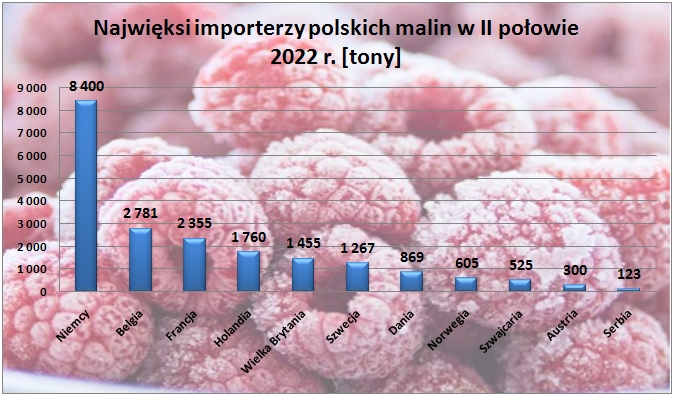 source: own elaboration based on CSO data