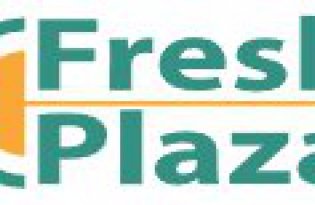 Lemons and limes are acid citrus fruits that differ from other citrus varieties in that they are typically consumed with other foods. Lemons and limes are grown primarily for the fresh market, with the juice from lemons and limes used primarily as flavouring in beverages. Lemons are generally produced in temperate climates such as the western United States, Spain, Italy and Argentina. Lemons are also adapted to drier climates such as Egypt and Iran. Limes, on the other hand, are highly sensitive to cold weather and are grown exclusively in tropical climates. The major producers are Mexico and Brazil.

Spain, Argentina and Mexico are the largest export suppliers. Spain and Argentina dominate the world export market for fresh lemons. Mexico is by far the leading exporter of fresh limes. Approximately 20 percent of fresh production is exported, while over one-half of processed production is traded. Argentina and Italy are major suppliers of lemon juice to the world market.

Lemon and lime imports account for approximately 27 percent of world consumption. Besides the developed countries of North America and Europe, lemon and lime consumption is also found in the countries of Eastern Europe, as well as in producing developing countries such as India, Iran, Mexico, Brazil, Argentina, Bolivia, Peru and Jamaica. Countries in the Near East including Jordan, Cyprus, Lebanon and Egypt also have relatively high levels of per capita consumption.

Small increases in per capita consumption are projected across all of the major markets. Spain, Argentina and Mexico will continue to be the largest export suppliers of fresh lemons. With the decline of lime production in Florida and static lemon production in California and Arizona, the United States will become the largest importer of fresh lemons and limes. Due to their different consumption pattern, lemons and limes do not face the same competition from other fresh fruit crops confronting the other fresh citrus varieties,.

The allocation of lemons and limes to fresh and processed uses is expected to remain near historical levels.

Limes could follow a similar trend in view of the substantial plantings over the past decade in Mexico and elsewhere, but prices are more likely to remain stable rather than fall, because limes appear capable of retaining their popularity among consumers.

Lemon (Citrus x limon) is a fruit tree in the Citrus family, Rutaceae, which also includes citrus fruits such as oranges, mandarins, bergamots, citrons, grapefruits.The common name "lemon" can refer to both the plant and its fruit: it is an ancient hybrid, native to India and Indochina, typical of warm regions, halfway between pomelo and citron, but for centuries an independent species that has spread by scions and transplants. The lemon is native to India and Indochina: it was first described in Roman times from the 1st century onwards in some paintings from Pompeii, although it seems that the first citrus fruit of the Roman world was the citron, known among the Romans as the "Persian apple". Another description of the lemon appears in some Indian writers of the 12th century: the word limun in Arabic refers to all citrus fruits. Therefore, it may be possible that already in ancient times the lemon and its properties were known to the Arabs and together with other citrus fruits it was called limon.The lemon came to Europe in 1200 BC: its first cultivation is known in Sicily (Italy); later in Genoa (Italy) and in 1494 in the Azores (Portugal). The lemon tree reaches a height of 6 metres: it is characterised by its oval, alternate leaves, which are reddish when still young and become dark green on the upper surface and lighter on the lower; the petiole is slightly winged. The flowers, very fragrant, may be alone or combined in the angles of the leaves. In good climatic conditions they grow all year round. The edge of the petals is purple.The fruit of the lemon is oval or elongated, with pointed tops: the skin is usually yellow, but there are varieties of different colours, for example green or white. The skin is rich in essential oils and can be more or less thin. The flesh of the lemon is divided into eight to ten slices and is generally very bitter and juicy: many lemon varieties have seedless flesh. The lemon is a perennial species. Lemons are harvested at different times of the year: 'primofiore' lemons, 'Bianchetti' lemons and 'Verdelli' lemons (the main lemons bloom in spring, when winter lemons are produced, and in September, the so-called 'Verdelli' lemons, which ripen the following summer). To increase the production of 'verdelli', which command better prices on the world fruit and vegetable market, certain techniques are used, such as stopping watering for a certain period of time.Unlike other citrus fruits, lemons can also ripen after being picked from the plant. Lemons are very often harvested while they are still green.The most suitable areas for growing the lemon tree are coastal areas where the climate is warm and dry and the fruit can flower all year round: this is why the lemon tree is available on the market for twelve months of the year.For a lemon tree, the right soil should be medium-mixed, with gravel and sand to allow water to run off. In addition, it must contain peat and organic fertilisers to make it more fertile. For growing the lemon tree in vases, it is recommended to use soil made of hard garden soil, decomposed leaves, peat, mature manure, coarse sand; in addition, avoid using vases that are too large compared to the plant.The lemon tree is quite sensitive to cold and temperature differences and completely defoliates at -4 / -5 ° C, while lower temperatures can also damage the wood; instead, the flowers and fruit are at temperatures down to -2 ° C. The lemon tree does not need very high summer temperatures to ripen the fruit; in addition, the plants are sensitive to wind. In case of long periods of drought, it is advisable to water the plants, although they also grow well in poor soils with an optimum pH of about 5.5-6.5. In good conditions, the plant starts to bear fruit after 4-5 years of bedding, and an adult lemon tree can bear 600 to 1000 fruits per year.Lemons are usually grown to produce fruit, but the plant can also be grown in vases for ornamental purposes: in fact, the lemon plant produces white and purple flowers, known worldwide for their intense and enticing fragrance. These flowers are used in cosmetics to prepare perfumes or in the confectionery industry to create several cakes.Many perfumery products and liqueurs are extracted from the more or less thin and wrinkled skin, which is rich in essential oils.
A lemon used for fresh consumption must have a tough, thin, unblemished and bright rind: to check its freshness, it is enough to check that the base to which the petiole is attached is still green. Thick and wrinkled skin, green spots, deformities, bruises and scars caused by hail or parasites are considered defects of the fruit. When buying lemons, make sure that the fruit has not been coated on the surface with a substance called diphenyl or diphenyl, which prevents the growth of mould: it is not harmful to caries.