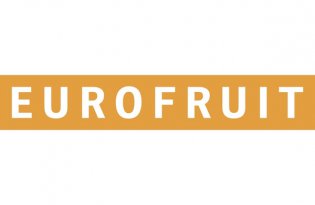 The strawberry, whose scientific name is Fragaria vesca, F. viridis or F. moschata, is a triangular red fruit, characterised by small dots, which we all know well for its intense and delicious taste.
In fact, the strawberry has an ill-defined fruit, since the actual fruits are the small dots on the strawberry, incorrectly called seeds.Its origin is not well defined: some sources say that the strawberry originated in Europe, particularly in the Alpine region, while others believe that the strawberry originated in Chile, from where a French officer imported mother plants in Europe in the early 18th century, where they were used to create the hybrid Fragaria x ananassa, to which all currently available strawberry varieties belong. It seems, however, that strawberries were already present on the tables of ancient Rome: the fruit was eaten during celebrations in honour of Adonis. Legend has it that after the death of Adonis, Venus shed abundant tears which, on arriving on Earth, turned into little red hearts: fragrant strawberries. According to other popular legends, more recent but still lost in the mists of time, the strawberry would be able to protect against the bites of vipers and snakes: in order to avoid the dangerous poison of these animals, it is said that the leaves of this little plant should be picked on St John's Day. Therefore, people who collected the leaves on 24 June, created them and then made a braided belt would be protected from the possible bite, often fatal, of vipers and snakes. These are, of course, popular beliefs of the Italian peasant tradition, but these legends contribute to making strawberries even more unusual among all the fruits on our table. Until the 17th century, the native wild species Fragaria vesca, F. viridis, or F. moschata, and other varieties of strawberry imported from North America (F. virginiano) were cultivated in Europe: with the introduction of American species in particular, the strawberry plant produced much larger fruit.